A year ago I wrote a long post about my first blog anniversary. For my second year, I would do something different.

First of all, I never thought I would stay this long on blogosphere. But here I am and I couldn’t be happier. The blog has expanded in ways I never expected from its content, its writing and its viewers. I also find blogging as a fun/therapeutic way to measure your capability and to see how much you have changed throughout the years. However, I am realistic, I know Mesh The Movie Freak is still an amateur movie blog, but this motivates me to continue to make it better

Before we move on to the fun stuff, I want to say THANK YOU to everyone who have liked, commented and supported this blog. I really appreciate it 🙂

For the past two years I have read many fantastic posts on favourite movies, but I have never felt inclined to do one since there are soooo many movies to list down. However, this is a special post and it deserves a special treat. Here are my five (5) favourite movies of all time:

They said you will always remember your first time. Fight Club is the movie that made me the cinephile I am today. The film made me appreciate dark humour, twisted concept, daring script and Brad Pitt’s acting. The movie also introduced me to Edward Norton (the actor), Chuck Palahniuk (the author) and David Fincher (the director) and for that I am forever grateful.

First Watch? A year before college. The summer of my eighteenth birthday.

Favourite Scene? When Edward Norton aka The Narrator punched himself, jumped onto a glass table and banged his head to the wall just to scare his boss.

As an optimist, I feel obligated to include this movie. No, just kidding. I understand Good Will Hunting can seem over the top and sometimes too… sugary as well. But, truth be told, this is my Shawshank, this movie always left me inspired after repeated viewing. Also, this goes without saying, Robin Williams and Matt Damon together? Nothing beats that.

First Watch? Don’t remember the exact details, but I remember watching it during college and loved it ever since.

Growing up I wasn’t too keen on horror movies, however, slasher is a different story. Of course I am familiar with Jason Voorhees and Freddy Krueger, but back then I found them scary and not entertaining. Scream is a favourite because it’s a slasher and a mystery thriller, which is my favourite genre of all time! I love the guessing game, different ways the character died (I don’t mean to sound too happy) and yelling at Drew Barrymore to run a little bit faster. I have seen the Scream series way too many times and there are no better movies that described “fun” than these.

First Watch? If my memory serves me right, Scream is one of the first “adult” movies I watched. Being eight years old when the movie released.

Favourite Line? “You sick fucks. You’ve seen one too many movies!” – Sidney Prescott

My family has The Terminator bug since I can remember, so it would be silly if I don’t. The first Terminator is good, but my favourite is Terminator 2. It’s just impossible not to like the sequel, packed with more suspense, action, hasta la vista and T-1000! James Cameron’s revolutionary sci-fi/action still remains entertaining till date.

First Watch? No specifics, because as long as I can remember I have always watched T2.

Favourite Scene? It’s a tie between the highway chase scene and the hospital escape.

Favourite Line? “No, no, no, no. You gotta listen to the way people talk. You don’t say affirmative or some shit like that. You say no problemo. And if someone comes on to you with an attitude you say eat me. And if you want to shine them on it’s hasta la vista, baby. – John Connor

I feel obligated to include at least one movie from the new millennium and it’s hard to choose just one, but for me Nolan’s Batman trilogy is a game changer. These movies altered the way viewers perceived superheroes movies and the last installment is my absolute favourite. When I went in to see The Dark Knight Rises, I couldn’t believe that Nolan created the best movie out of them all. In short, TDKR is bigger, better, darker and went out with a bang! This movie is my modern classic.

First Watch? In July 2012. I have only seen it four times till date, cause I believe a good film should be preserved like a wine.

Favourite Line? “About the whole no guns thing… I’m not sure I feel as strongly about it as you do.” – Selina Kyle

Last but not least, I want to dedicate this post to the blogging awards!! *trumpets*

A few months ago, two talented movie bloggers The Blazing Reel and Evelyn Film Fan nominated me for two different awards. I would like to thank Khalid and Evelyn for the nominations and I hope I am not too late (I suck at this thing).

Now, rather than doing two separate posts I will combine the two together (and nominate my fellow bloggers with TWO awards) since the rules are similar. The more the merrier… I hope 😉

1. Display the award on your blog
2. Announce your win with a post and link the blogger who awarded you
3. Present 15 deserving bloggers with the award
4. Link your award in the post and let them know of their being awarded
5. Write seven interesting things about you.

2. I am not obsessed with soda or noodles like the others.

3. I am a big fan of FRIENDS & Buffy the Vampire Slayer TV Series.

5. I speak four languages. And broken French if that counts (c’est dommage!)

7. I LOVE Christmas. Not even embarrassed about it.

Life of this city girl

Thank you for reading! 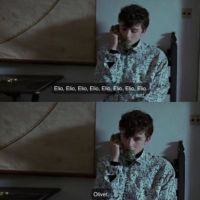 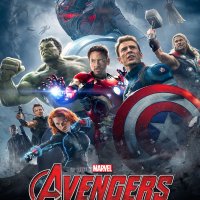