To be honest Disney’s Moana trailer was tad bit messy and unappealing (or at least the one I saw was…), but, I wouldn’t avoid Disney latest offering based on a trailer itself. So, off I went to watch the movie in a half-packed movie cinema filled with parents who brought their kids to a 9.30pm show on a Saturday. Good thing that almost all the kids fell asleep once Moana started singing…

Yes, race is still an important issue when it comes to a lead character in an animation movie and Disney understands this. The young Pacific Islander girl who is neither stick-thin nor Barbie blonde arrived with a breath of fresh air. After The Princess and The Frog, I was not expecting Disney to produce a movie with non-Caucasian lead this early (take a hint Pixar), but here comes Moana.

Beside its racial background, Moana herself still carries the traits of “Disney princess” but packed in a new avatar. The daughter of an island’s chieftain who is chosen by the ocean to save her island from evil forces, Moana is not exactly an “original” character. She is not a princess, but she is entitled, which was even cleverly teased in the movie by Maui, the demigod who joins Moana in her voyage. However, even with the Disney’s princess trait, Moana is a likeable character who is feisty yet endearing and able to teach young children about different cultures and tradition outside of their own.

The resemblance to Disney’s The Little Mermaid is uncanny because… ocean and the directors. That’s why. Directed by Ron Clements and John Musker, the movie is filled with vibrant and energetic colours. The striking drawings, details and balanced pixels are such a joy to look at and this alone is a solid point to go and see the movie!

Who doesn’t love sidekick? While Disney’s princess movie always got a good sidekick (Frozen got Olaf, my all-time favourite), Moana offers Heihei: a dim-witted rooster whose character sticks to slapstick comedy all the way through. Some people said watching Heihei became mundane after some time, but I personally love the character. He is one-dimensional with no given dialogue whatsoever, but it’s a good change to lovable fish or talking genie or even a giant robot. There is something simple and familiar with the character that reminds me of the old cartoon films.

After the hard-hitting social-conscious and anti-racial message in Zootopia, Disney is back with another, milder, issue implemented in its animation. The most evident one is the non-existent love interest for Moana, because, uhmm, why does an independent teenager needs love interest when she could walked on land with walls of water on both sides? Also, who could miss the fact that Moana, a female, can continue as the leader to the islanders? Lastly, the environmental issue about climate change is cleverly disguised in form of evil forces Te Ka that can be seen as global warming and later “restoring the heart” of Te Fiti can be implied as in cleaning up the ecological mess. Moana’s moral message game is strong, folks!

Kudos to the team! 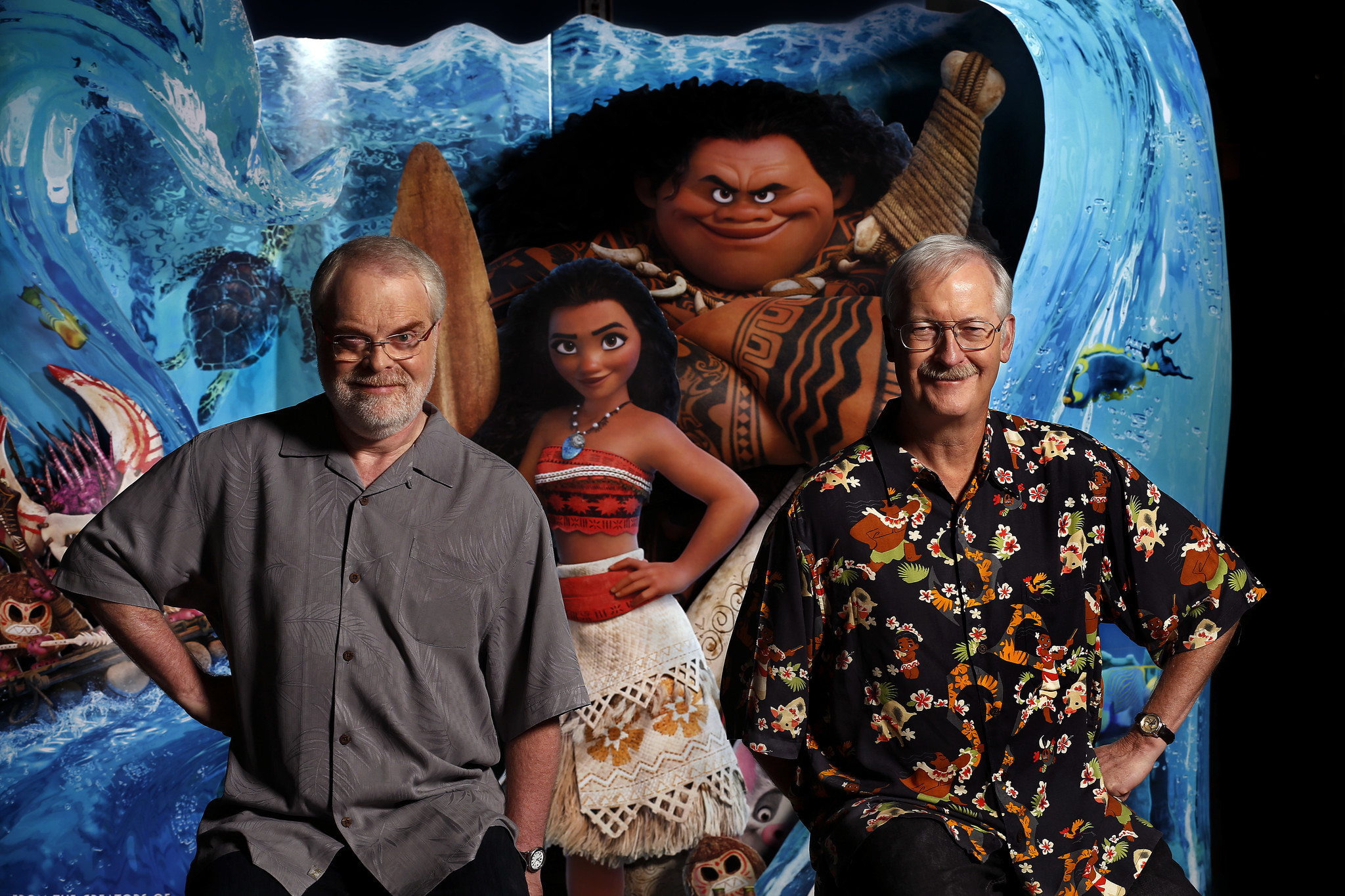 Really, I mean look at how flawless the whole movie turned out to be. The directing was smooth with maybe one or two lags, but combine with sleek editing, great cinematography and stellar voice casts: Moana is a great form of entertainment. What about the music, then? I love several songs that are already gaining worldwide sensation as we speak. My favourites are “How Far Will I go” and “Shiny”. Not such a big fan of “You’re Welcome”.

I enjoyed watching the interaction between Moana and Maui, both voice actors Auli’i Cravalho and Dwayne Johnson did a great job with the emotion punch and back and forth banters. However, when you tear them apart Maui comes off as kind of a bore: the same old self-centered machismo that have been done over and over again. I don’t mind him, but meh, nothing new here.

Also, I can’t remember much about the other supporting characters except maybe Gramma Tala and Tamatoa. But with them I also feel a bit disconnection; I understand Gramma Tala is written in to move forward the story arc a.k.a. to let Moana fulfil her destiny, but again that wasn’t much, was it? I understand the film is about Moana and her journey, but at times I feel there is a slight imbalanced in the supporting characters as well if compared to the previous Disney’s mega hit Frozen, or even the directors’ 90s classic, Aladdin.

No movie is without plot holes, right? And further given this is an animation movie, Disney’s princess nonetheless, I am alright with dem plot holes. However, there are minor mishaps in the story line that needed to be discussed. The most confusing is the connection between Moana and the ocean. Did the ocean help her when it feels like it, or when Moana really needs it? Also, why is Moana the chosen one, again? I still don’t get (or don’t even remember) the correlation with her ancestor being the sea voyagers…

Based on the pros and cons, you can tell that I did enjoy watching Moana. It exceeded my expectations and that’s always a good thing. The movie does have plot holes, but when it comes with this colourful lead character with rich background and mythology along with vivid and oh-my-god beautiful animation, it’s hard to stay focused on the let-downs and not embrace the iconic message of bravery and independence while humming “one day I’ll know, how far I’ll go…” once the credit starts to roll.