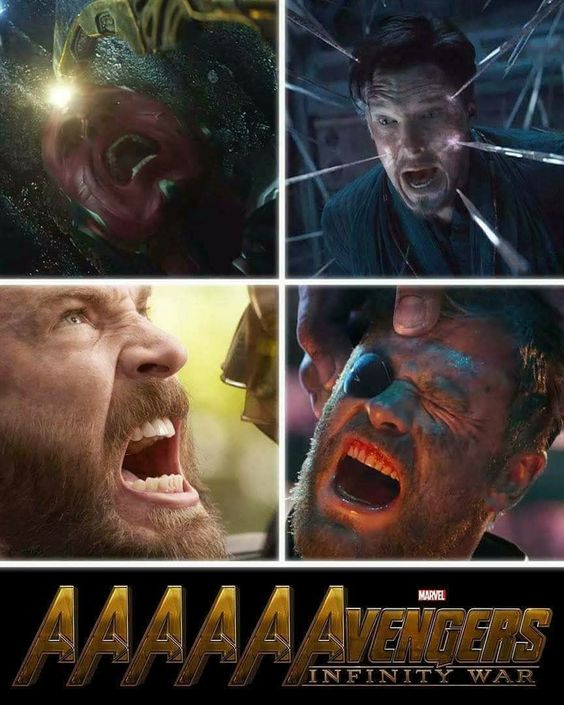 Reportedly, Marvel’s Avengers: Infinity War has scored $630 million box office worldwide on its opening weekend! However, Marvel’s gargantuan film has its ups and downs, but I can say for sure that Avengers 3 is one entertaining film thanks to its great direction by the Russo’s brothers, splendid acting by the Infinity War’s cast and, of course, its signature one-liner that has been known since its inception. Perhaps the Infinity War’s trailer doesn’t really showed the funny gags but trust me, there are plenty throughout the full film.

Without further delay, here are some of my favourite quotes that feature most of the Infinity War‘s characters.

Okoye: When you said you were going to open Wakanda to the rest of the world, this is not what I imagined.

T’Challa: What did you imagine?

Okoye: The Olympics, maybe even a Starbucks.

Thor: Are you mocking me?

Peter Parker: Hey, I need you to cause a distraction!

Peter Quill: Alright, Guardians. Don’t forget, this might be dangerous, so let’s put on our mean faces.
[Groot is playing a game on his tablet]
Peter Quill: Groot, put that thing away, now. I don’t want to tell you again.
[Groot just smirks and continues to play]
Peter Quill: Groot!
[in a snarky teenage voice]
Teenage Groot: I am Groot.
Peter Quill: Woh!
Rocket: Woh, language!

Tony Stark: Mr. Lord, can you get your folks to circle up?
Peter Quill: Mr. Lord. Star-Lord is fine.
Tony Stark: We’ve got to coalesce. Because if all we come at him with is a plucky attitude…
Peter Quill: Dude, don’t call us plucky. We don’t know what it means. Alright, we’re optimistic, yes. I like your plan, except it sucks. So let me do the plan, and that way, it might be really good.

DID I FEATURE YOUR FAVOURITE QUOTES? OR NOT, LET ME KNOW WHAT’S YOURS BELOW | HELP ME SHARE MY ARTICLE? PRESS THE SHARE BUTTONS, PLEASE 🙂

or read another film quotes Call Me By Your Name (2017) Favourite Quotes That Will Make Your Heart Flutter!