After the release of Avengers: Infinity War trailer last year, I was quite excited to see the third Avengers movie, although with a subtle caution since the second film, Avengers: Age of Ultron, was a big let down.

After premiering in Jakarta’s cinemas last Wednesday (Infinity War release date was April 25 in Indonesia!) and gained massive full-house run, I went to caught up with the hype. And you know what? It was pretty damn great! With $220 million budget, Infinity War sure does delivered what it promises: a grandeur, larger-than-life superhero film. Mainly thanks to its hefty ensemble, action sequence, hilarious one-liner and heart wrenching ending, Infinity War is a nice surprise.

The film works because of the moments in them, and I have picked six of the best scenes that will stay with me for a long time. And perhaps, it will for you too.

**Note: It goes without saying, beware of the SPOILERS!**

Taking the pop-culture references from Guardians of the Galaxy, director Russo brothers planted it well throughout the film, mostly being said by our youngest Avengers member, Spider Man. Despite his comic-relief role, I actually enjoyed Peter Parker the most. His teenager geek persona, suggesting Alien film to Iron Man on a spaceship (very apt, I must say!) to bonding with Star Lord over his Footloose obsession – Tom Holland stood out among the huge cast! My, my, my… no wonder Gamora is, well, Gamora. As seen in the Infinity War trailers, we saw young Gamora in the film over at her home planet where Thanos (the films villain) rescued her after killing half of the planet’s population-linking it nicely to Infinity War film plot. The flashback cemented the film’s narratives and made Gamora’s character end fate even much sadder than others! The first Avengers film’s soaring success (released back on May 4, 2012) was mainly thanks to its multi-layer characters, direction, and hilarious one-liner! Director Joss Whedon jumpstarted the comic book franchise and propelled Avengers characters (and casts) to mainstream cinema, and of course converting it into million-dollar brand for Disney!

In Avengers 3 (as many will call it), we see many of Marvel Cinematic Universe characters meeting each other for the first time, or being reunited. Two characters that met for the first time, ended up being the funniest out of the bunch. When Thor landed in Guardians’ spaceship after his battle with Thanos, the Galaxy gang welcomed him warmly. Drax is enchanted with the Asgardian demigod, while Gamora complimented his muscles texture to Peter Quill’s annoyance. In the end, Thor and Star Lord had a machismo competition, which is suffice to say led to become the funniest gag in Avengers: Infinity War part 1.

While the Wakanda Battle serves as the film’s climax, my favourite battle scene can be found in Planet Titan. Dr. Strange teamed up with Iron Man and Spidey along with half of the Guardians’ team to take down Thanos, and they came close! The action scene was gritty, fast-pace and fun to watch. Although it had plot holes (like… why didn’t they killed Thanos then and there?!), the action sequence had a nice built-up and narrative for me. 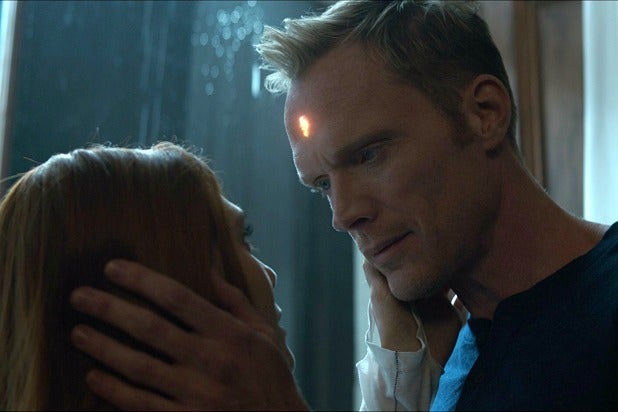 I think many of you will agree that none of us were looking forward to see Vision and Scarlet Witch’s romance in Marvel’s Infinity War! The couple’s romance lacked my enthusiasm at the beginning, but to my surprise it ended up being the saddest among them all.

Marvel Infinity War’s plot surrounds Thanos plan to snatch up six Infinity stones, found in different parts in the universe, so he can eliminate half of the galaxy’s population. For this, Thanos needs the last Mind Stone planted in Vision’s head and came to Wakanda to take it. Learning this, Vision told his lover to destroy the yellow stone when the time comes, and sacrificing himself in the following.

In this situation, audience might assume they will be let down for no lover would kill theirs to save the universe. Right? wrong! Scarlet Witch, played by gorgeous Elizabeth Olsen, succeed in destroying the stone before Thanos. But, the Mad Titan used his Time Stone to retract it without hesitation. The scene was intense and well-executed. Poor Vision 😦

Without spoiling too much (if I haven’t already!), the ending of Avengers: Infinity War was a shock! The Leftovers-kind of ending: where half of the universe’s populations (including our Avengers members!) disseminate into ashes sent shivers to my bones! Of course, it’s a false gimmick. We know which Avengers are coming back in their solo films next year (looking at you Black Panther & Spider-man!) However, cinematic-wise it was a fantastic ending for a superhero film.

Now, let us sit patiently and wait until next May 2019 to see the continuation in Avengers: Infinity War Part II (not the official name!).

Honourable mention: The scenes when Thor called Rocket as “Rabbit” cracked me up so good. Anyone else? :))

DO YOU AGREE ON MY PICK FOR THE BEST SCENES? LET ME KNOW WHAT’S YOURS BELOW | HELP ME SHARE MY ARTICLE? PRESS THE SHARE BUTTONS, PLEASE 🙂